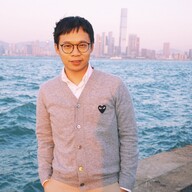 Dr. YAN Shaohua is a research associate professor at the Center for China-Europe Relations (CCER) at Fudan University, Shanghai, China. He holds a PhD in European Studies from the University of Hong Kong (2017), a MA in EU International Relations and Diplomacy from the College of Europe in Bruges (2015) as well as a MA (2011) and a BA (2007) in World History from Nankai University. Before joining Fudan in 2021, he was assistant professor at Guangdong University of Foreign Studies, teaching courses on “EU Politics and Policies” as well as “Diplomatic history of Modern Europe”. He was a visiting researcher at the European Parliament library in Luxembourg (2014) and European Parliament DG External Policies in Brussels (2015).

Specializing in EU foreign policy and China-EU relations, he has published a number of articles in peer-reviewed journals and edited volumes on those topics. As the winner of a number of research grants from the Chinese Ministry of Foreign Affairs and Ministry of Education, he has conducted research into Chinese interest representation in the EU as well as China’s cooperation with the Central and Eastern European countries.